Jason and I have both been very lucky with our work; for the most part it’s a calling, rather than a job. I’m not sure I agree entirely with the bumper sticker slogan that says something along the lines of “If you love what you do, you’ll never work a day in your life”, (because, by George, there are some days that it’s still a grind), but I get the general premise. When you’re passionate, you’re energised and ‘up for it’, even after a setback.

I guess it shouldn’t be a surprise to me then, that the quote holds, (mostly), true for leisure pursuits too. When we were younger, we danced and went diving, water skied, played golf and got boozy. Then life evolved with a growing business and three kids and, somewhere along the line, most of those pastimes slipped quietly away, until, one day, we were forty years old and our main hobby was drinking. I wouldn’t say we drank more than anyone else, just that it occupied a good deal of our down time. And we loved it.

Now, a significant birthday can mess with your psyche and so it was that, just after my 40th, I was on a mission to ‘get fit again’. To be fair, this mission had popped up regularly in the decade before, but with no taste of victory, or even a fighting retreat, in sight. I tried to revisit some of our old pursuits, but none of them felt right anymore. Then, after a few false starts with swim squads, boot camps and even a brief, but embarrassing, attempt at muggle quidditch (don’t ask, I still can’t talk about it), I found my ‘thing’. Actually, it’s a few things. It started with weights and then reformer pilates and, more recently, I’ve added yoga to the mix. Yoga is the icing on my pastime cake. I tried it when I was younger, but the more spiritual side didn’t resonate for me at the time. It’s different now; it’s exactly what I need physically, mentally and spiritually.

And then something wonderful happened. Jason found his ‘thing’ too: Brazilian jujitsu or, as I like to call it, fight club. I totally don’t get it. He returns home with animated tales of rolling around on the floor, his face squashed into the sweaty armpits of others, who are trying to choke him out before he chokes them. On top of that, he wears the most ghastly lycra shirts and, it pains me to report, thongs with socks (scroll down, there's a picture). Whatever. It makes his heart sing and he’s met like-minded souls with whom he has become firm friends.

It probably sounds like a cliché but finding things that wind us down and lift us up has been a watershed. It’s brought the passion we already have for our work into sharper focus, possibly because our respective pursuits leave us feeling so refreshed. There’s also been a series of unanticipated side effects: we laugh more, we feel less frazzled, we bounce back more readily. We’ve encouraged our kids to search out things they truly connect with, beyond the opportunities that just crop up. Our youngest has found horse riding. I wish she could have found something cheaper and closer to home, but seeing her with her beloved horses is heart stopping.

And finally, our love affair with alcohol seems to have run its course. Oh, don’t get me wrong, we still have the odd ‘one night stand’ with a bottle of French but, most of the time, we’re too keen to rise early for fight club or yoga to bother with drinking. I’m not one to share life advice; I prefer the ‘each to their own’ approach. You might not be looking for a passion pastime but, if you are, may the universe bring you to yoga, or muggle quidditch, (someone has to love it), or toe wrestling, or salsa dancing, or tennis, or painting, or chess, or whatever turns you on, and may you find undeniable and resounding joy there. If it doesn’t require you to wear lycra, then all the better. 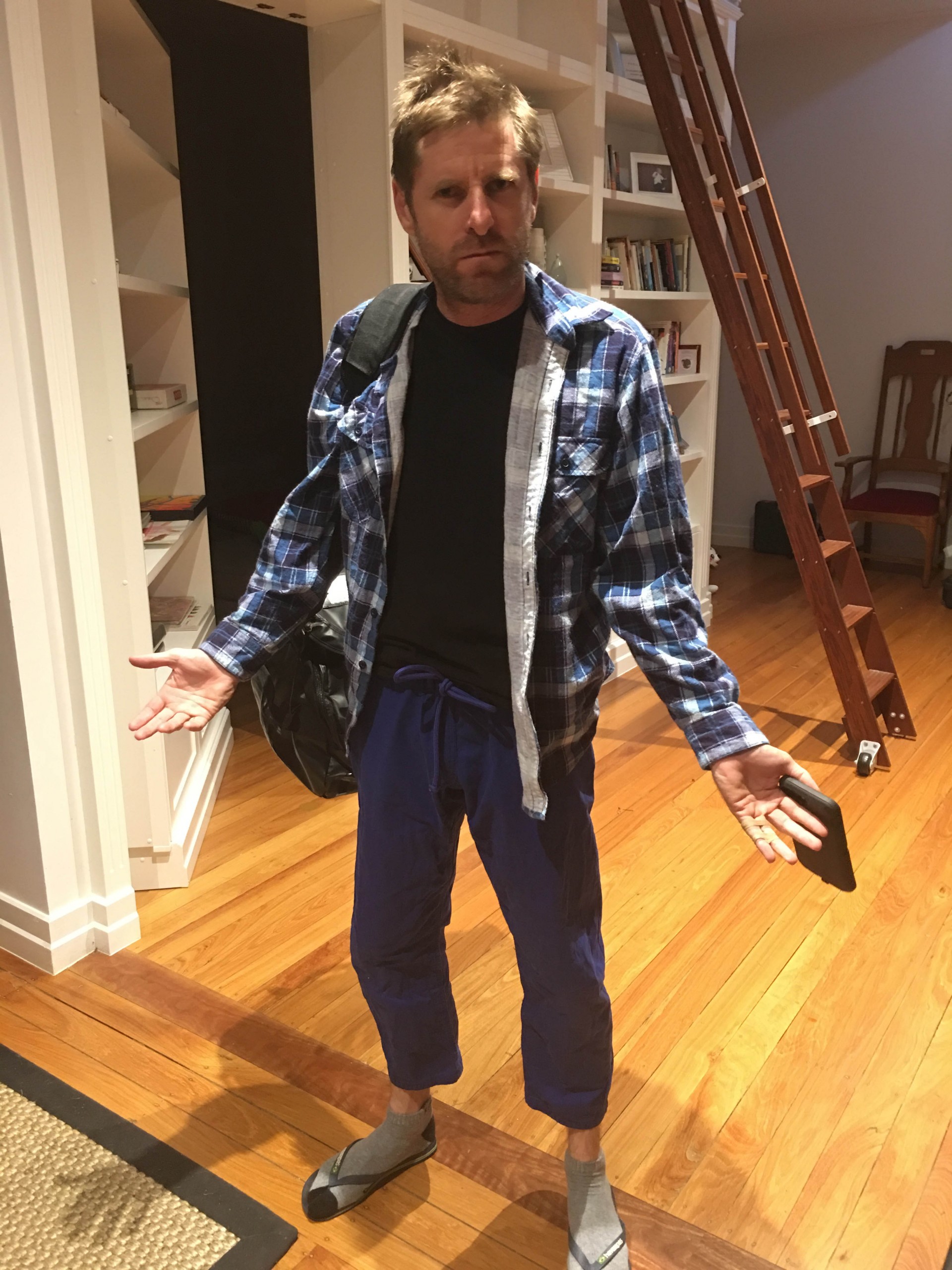